How the Biden Administration Might Impact the Construction Industry

What Does the Biden Administration Mean for the US Construction Industry?

According to an industry survey, 55% of respondents feel that Biden will be bad for construction. Construction professionals are worried that Democrats will undo many of Trump's regulation rollbacks and enact new regulatory burdens. However, some respondents are optimistic about a large infrastructure plan that would inject revenue into the construction industry. Here are some areas to watch under a Biden administration:

The American Society of Civil Engineers' publishes an Infrastructure Report Card every four years. In 2017, U.S. infrastructure received a D+. As part of his Build Back Better plan, Biden wants to spend $2 trillion over four years. The infrastructure spending includes money to build and repair roads, bridges, and ports, create affordable housing, improve broadband networks, and increase EV charging stations. One thing that is likely to be cut is funding for Trump's border wall, which could negatively impact the contractors currently working on it.

Regulatory issues are one of the primary areas of concern for construction industry leaders. The Trump administration aggressively cut regulations to reduce the burden on construction firms. Favoring more regulatory oversight, Biden will probably reverse many of those rollbacks. His administration will likely implement other regulations, including a carbon tax, buying American materials, and inclusion programs for women and minorities.

House and Senate Democrats reintroduced the Protecting the Right to Organize (PRO) Act. Construction industry leaders fear the bill would make sweeping labor-policy changes and weaken the right-to-work laws, which more than half of the states have adopted. Also, there will likely be a return to some Obama-era rules that Trump overturned. Employers may again be required to disclose attorney-client communications about union organization efforts and submit a history of labor compliance on federal construction projects over $500,000.

The federal minimum wage has been unchanged at $7.25 an hour since 2009. In an Executive Order issued on January 22, 2021, Biden announced his goal to increase the federal minimum wage to $15 an hour. With the support of Democrats, Biden may also revive the 2016 attempt at raising the minimum salary threshold in construction to $47,476 from $23,600.

Who will do all the building and paving and repairing? The construction industry was already grappling with a shortage of skilled workers before the pandemic. On his first day, Biden released a legislative proposal to reform the immigration system. In the proposed legislation, people in the DACA program and Temporary Protected Status (TPS) holders could immediately receive permanent status. The Associated General Contractors of America applauded the move because they estimate more than 100,000 individuals in those programs are working in the construction industry today.

BOREWORX IS YOUR PROJECT PARTNER

Boreworx is a full-service horizontal directional drilling firm offering services for electrical, security, EV charging, digital signage, and fiber optics. We work to complete the directional boring required for these projects safely, timely, and cost-effectively. Our digital planning process reduces time to completion, and we are skilled in safely boring in all types of surfaces, soils, and underground conditions. For more information, contact us at 281-494-7500 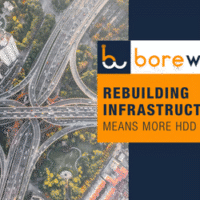 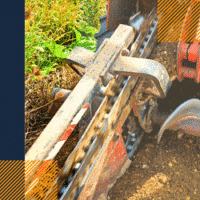